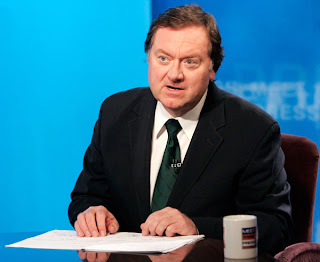 The death of newsman Tim Russert earlier this month highlighted an important fact: medical science doesn't have all of the answers. An article in the New York Times illustrates the discomfort that this realization creates.

Mr. Russert, the moderator of "Meet the Press" on NBC News, took blood pressure and cholesterol pills and aspirin, rode an exercise bike, had yearly stress tests and other exams and was dutifully trying to lose weight. But he died of a heart attack anyway.

An article in The New York Times last week about his medical care led to e-mail from dozens of readers insisting that something must have been missed, that if only he had been given this test or that, his doctors would have realized how sick he was and prescribed more medicine or recommended bypass surgery.

Clearly, there was sorrow for Mr. Russert's passing, but also nervous indignation. Many people are in the same boat he was in, struggling with weight, blood pressure and other risk factors — 16 million Americans have coronary artery disease — and his death threatened the collective sense of well-being. People are not supposed to die this way anymore, especially not smart, well-educated professionals under the care of doctors.

Mr. Russert's fate underlines some painful truths. A doctor's care is not a protective bubble, and cardiology is not the exact science that many people wish it to be.

It's kinda scary to realize that you can do all the right things and still have a fatal heart attack.
Posted by Sean at 9:26 AM

Researchers' Weekend in the Steel City

I joined a group of my fellow football researchers for a get-together in Pittsburgh this past weekend. Most were members of the Pro Football Researchers Association (PFRA), but it wasn't an official gathering. Friday night we all went to dinner and then screened the film "Leatherheads." The next morning, we gathered in a conference room to talk about the projects we were each working on and how we could help each other. Ken Crippen and Andy Piascik spoke about their efforts to track down and interview all of the surviving players from the All-America Football Conference. It's a daunting task, and time is running out. Most of the men who played in this league (which ran from 1946-1949) are in their eighties.

T.J. Troup, who served as a technical advisor on "Leatherheads", shared stories about working with George Clooney and teaching the cast how to play football like they did back in 1925. Denis Crawford talked about his experiences writing his book on the 1979 Buccaneers called "McKay's Men." And we spent a fair amount of time just talking football. I wish more members had turned out, but those of us who were there had a lot of fun. I drove up to Canton on Sunday and spent a couple of hours at the Pro Football Hall of Fame. They've added a lot of interactive exhibits since I was last there, particularly in the Hall itself. Large touchscreen monitors let you call up and view a highlight film of any inductee. One of the newer exhibits in the museum honored those players who had served in the armed forces during wartime. no matter how many times I go, I always come away feeling like I've seen something new.
Posted by Sean at 8:56 AM

Won't You Be My Neighbor? 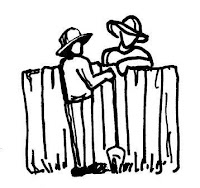 Peter Lovenheim, a writer who loves across town from me, posed an intersting question in his NY Times article yesterday.

Why is it that in an age of cheap long-distance rates, discount airlines and the Internet, when we can create community anywhere, we often don’t know the people who live next door?

After tragedy struck a family on his street, he was disappointed to realize that he didn't really know anything about his neighbors. And he was a little dismayed to learn that the same held true for the other folks on his block. He vowed to rectify that, to make a concious effort to get to know each and every person on his street.

On Monday, the U.S. Supreme Court struck a blow against Major League Baseball and the Players Association in their heavy handed efforts to assert control over the use of baseball statistics. The two entities had argued that they owned the rights to the use of their playing statistics, and that companies who used them to run fantasy baseball leagues had to pay a licensing fee. A lower court had ruled against MLB, and by refusing to hear an appeal, the Supreme Court upheld that ruling.

The Court has already ruled pretty clearly on the central issue in this case: that factual information could not be protected by copyright. That 1991 decision (Feist v Rural Telephone) was fought between the publishers of competing phone books, but it has made a major impact in the field of sport reference publishing. It's made it possible for me to publish the kinds of books and websites I've worked on for the past decade, and it's helped spawn all kinds of great new research by making the raw data more widely available.