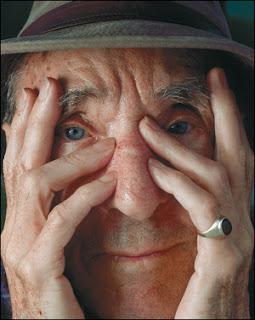 One of the all-time great sportswriters died yesterday. W.C. Heinz was 93, and a name that probably wasn't known to most folks younger than forty. He cut his teeth as a war correspondent, where he witnessed the D-Day invasion and shared a typewriter with his friend Ernest Hemingway. When the war ended, he went to work for the New York Sun covering baseball, boxing, and horse racing. He invented a new genre when he immersed himself with the Green Bay Packers in 1962, producing a detailed account of a week in the football life of coach Vince Lombardi. This style, later called "new journalism," shaped a whole generation of writers, from Tom Wolfe and Gay Talese to George Plimpton and John Feinstein.

Heinz also wrote the classic boxing book "The Professional" and, under the pseudonym Richard Hooker, wrote the novel "M*A*S*H*," later made into both a film and a television series.

Some of the tributes and obituaries which have appeared today do a better job of describing the importance of his work and the place he holds among 2oth century writers than I could. (thanks to my friend Greg Spira for passing some of these along.) 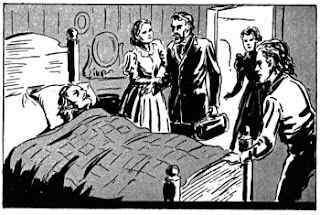 Super Bowl week is generally pretty fun for sportswriters. The weather is usually pretty warm, there's almost no real news to report, and the whole scene is like one big party with a who's who of the football world. This year, however, the trip to the big game turned into a trip to the hospital for three prominent football writers.

It stared on Monday with Michael Wilbon, longtime columnist for the Washington Post and co-host of ESPN's daily sports-talk show, Pardon the Interruption. After complaining of chest pains, his wife drove him to a Scottsdale hospital, where he learned that he had suffered a mild heart attack.

After participating in the vote for the 2008 Hall of Fame class Saturday morning, ESPN's Len Pasquarelli checked into a local hospital and learned that he had five blocked arteries. He underwent quintuple bypass surgery on Super Bowl Sunday.

That same morning, Sports Illustrated's Peter King was in the emergency department at Good Samaritan Medical Center receiving treatment for what he described as "a nasty fever and bug."