Warren Buffett is good at managing his money. So is Bill Gates, apparently, and so is Mike Bloomberg.

You know who's not great at managing their money? Guys who leave college to play pro sports.

Sports Illustrated has a great piece this week about how and why these guys who sign million dollar contracts almost always end up broke. We've all read the anecdotes. Just this year, ex-Broncos running back Travis Henry was jailed for failure to pay child support. Panthers receiver Mushin Muhammad put his house up for sale after being sued for outstanding credit card debts. Saints running back Deuce McAllister filed for bankruptcy protection for the Mississipi based car dealership he owns.

In his article, Pablo Torres goes beyond the random stories and compiles some hard data:
Torres documents scores of Major league players who have lost their savings or had their assets frozen because of fraudulent investment gurus like Bernie Madoff and Robert Allen Stanford. But it's not just the big crooks who come after the athletes. These athletes fall prey to "advisors" that come recommended by friends, many of whom are completely unqualified. According to the NFL Players Association, at least 78 players lost a total of more than $42 million between 1999 and 2002 because they trusted money to financial advisers with questionable backgrounds.

Aside from shaky investments, what are the other reasons why most pro athletes end up broke? Some of it is just lavish spending. Young kids with little impulse control suddenly have more money than they ever imagined. They buy cars and Rolex watches and spend $20,000 on a big night out at a nightclub. Many of them find it hard to say no to friends and family members who want to share in the newfound prosperity.

But Torres relates a story told by Raghib "Rocket" Ismail, who described a conversation he had with Panthers' owner Jerry Richardson, a former NFL player turned succesful businessman. "What's the most dangerous thing that could happen to us financially?" he asked. "Without blinking an eye," Ismail recalls, "Mr. Richardson said, 'Divorce.'"

In a survey reported by the financial-services firm Rothstein Kass in December, more than 80% of the 178 athletes polled—each with a minimum net worth of $5 million and two thirds under the age of 30—said they were "concerned about being involved in unjust lawsuits and/or divorce proceedings." By common estimates among athletes and agents, the divorce rate for pro athletes ranges from 60% to 80%. In divorce proceedings, of course, husbands routinely lose half of their net worth. But for athletes there is an aggravating factor: when the divorce happens. Most splits occur in retirement, when the player's peak earnings period is long over and making a comparable living is virtually impossible. Such timing is no accident.

It's a great piece, and I think it helps to explain why, in an era when guys can earn hundreds of millions of dollars in their careers, none of them ever end up on the Forbes list of wealthiest Americans.
Posted by Sean at 7:53 AM 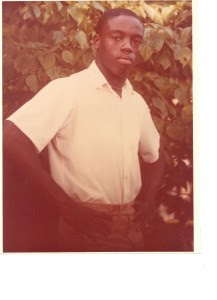 Newspapers are dying.  The closing of the Rocky Mountain News last week was a sign of how bad things have gotten in the business.  I spent five years writing for the New York Sun before they stopped printing last September, and like it or not, many other and bigger papers will suffer the same fate.  The current economy doesn't help, but the root cause of the problem is a business model that just doesn't work any more.  Paper and ink dailies just don't make sense.
But I firmly believe that journalism is still vitally important, and that there will continue to be a market for good writing, good reporting, and that inquisitive drive to chase down a story.  Too many bloggers are just guys that stay at home and spout their opinions. There's a role for that, I suppose, just like there's a role for local sports radio call-in shows.  But we need people like Selena Roberts who will travel across the country to ask questions.  We need folks like Alan Schwarz who'll pursue a story that nobody else is giving a voice to.  We need writers like Jeff Pearlman, who will do the leg work to tell a story that gives depth and context to current events.
Pearlman filed a story for Sports Illustrated today, a kind of sidebar to the tragic story of three friends who presumably drowned in a boating accident over the weekend, two of whom were active NFL players.  He recalled a story that hadn't made it into his book about the 1986 Mets, where one of that team's young pitchers had been involved in a similar incident.

Over the past few days, as news outlets relay the saga of the four athletes recently lost in the waters off of Clearwater, Fla., a handful of people have found themselves sent back through time, to a nightmare eerily similar in geography and circumstance to the one of present day.

In 2009 three of the men were apparently lost, while the fourth, Schuyler, survived by holding on to the side of the boat for more than 30 hours.

It's a gripping story in it's own right, but it helps to bring the tragedy of this weekend's events into sharper focus.  Pealrman goes a step further at his own website, talking about how the events in Florida this weekend jogged his memory about that incident 25 years ago, and how he did the research to build that into a story.  Starting with just the name of one person, he worked the phones until he tracked down the players involved and their surviving relatives.  He describes each of the steps he took to go from the kernel of an idea to a fully-formed story.

STEP 8: I again turn to Nexis, and look up people named “Latham” in Robersonville, N.C. Forty-three names pop up. I call the first, ask if she’s related to a Tony Latham who played baseball. “I wish,” she says. “I could use the money.” I call the second. An older woman answers. “My name is Jeff Pearlman,” I say, “and I write for Sports Illustrated’s website. I am looking for anyone related to a baseball player named Tony Latham.”

“Well,” says the woman, “I don’t know a Tony Latham—but Anthony Latham was my son.”

We proceed to speak for 30 minutes (or so). She is a wonderful interview—sad and reflective, good memory. She gives me the number of her second-oldest daughter, Vickie, who I call shortly thereafter. She, too, is excellent—and even provides photos.

In the span of, oh, an hour, I’ve gone from having nothing about Tony Latham, to having his entire life story.

Pearlman is a great writer, and he reminds us why good reporters will always find an outlet, even if (when) newspapers disappear completely.  At the end of the day, it's not about the medium.  It's about telling compelling stories.